The 32nd Angel Forum took place on Tuesday, October 16 at Harbour Centre in Vancouver. With over 100 entrepreneurs, investors and sponsors in the audience, one angel investor was called on stage for the prestigious BC Angel of the Year award. His name is Mike Edwards. “I am humbled by this award,” Mike accepts the award with great humility. He took the time to thank everyone who has helped him, including Bob Chaworth-Musters who took the time to introduce him to Mike Volker, Basil Peters and Boris Wertz. “I can safely say I stand on the shoulders of giants,” he said.

“Speaking of giants, there is no I,” Mike expressed his gratitude to those whom he works with, including Derek and Maura from InitioGroup, Ray and Alex from Launch Academy, and Charlyne and the team at GrowLab. 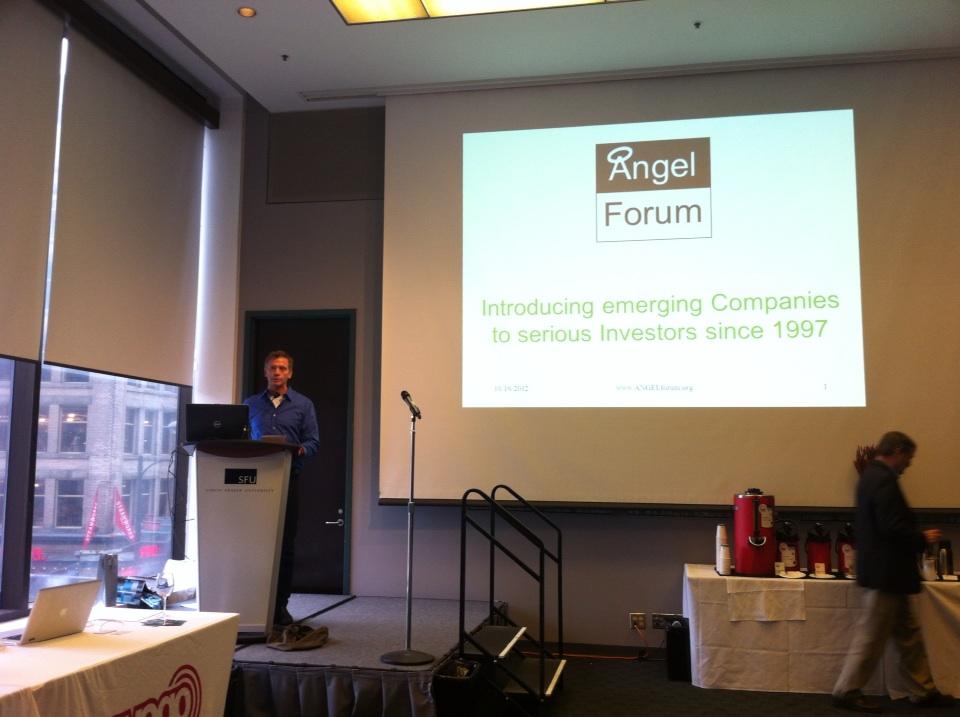 In two short years, Mike has invested in more than 50 companies. His investment in Summify(later acquired by Twitter), shows that Mike has a keen eye for thunderlizard entrepreneurs. His leadership in GrowLab and Launch Academy has reshaped the startup ecosystem in Vancouver.

Driven by passion to help entrepreneurs, Mike encouraged all the angels in the room to get involved in the startup community. He urged angels to go to meetup events, check out Launch Academy, drop by GrowLab, Institute B, Discovery Park, UBC and SFU.

“Get out of the office and meet customers, investors and strategic partners. There is no greater danger to success than four smart people in a lab or in front of a whiteboard.”

The team at Launch Academy is incredibly proud of Mike and grateful for his contribution to the tech community in Vancouver!

To learn more about Launch Academy and what we offer for entrepreneurs, click here.