Skip to content
Previous Next
Data Makes the World Go Around

Data Makes the World Go Around

A lot of people don’t know this about me but I’m actually a CPA (Certified Professional Accountant). Numbers have always been a big part of my life. Growing up, whenever I heard the saying “Money makes the world go around,” it sparked something inside me. But as I grew older and started building my own businesses, I started to focus on the fact that it wasn’t money that made the world go around but rather numbers. Now, having worked in the tech industry for almost 2 decades I have come to realize that the reality is that “Data makes the world go around.” 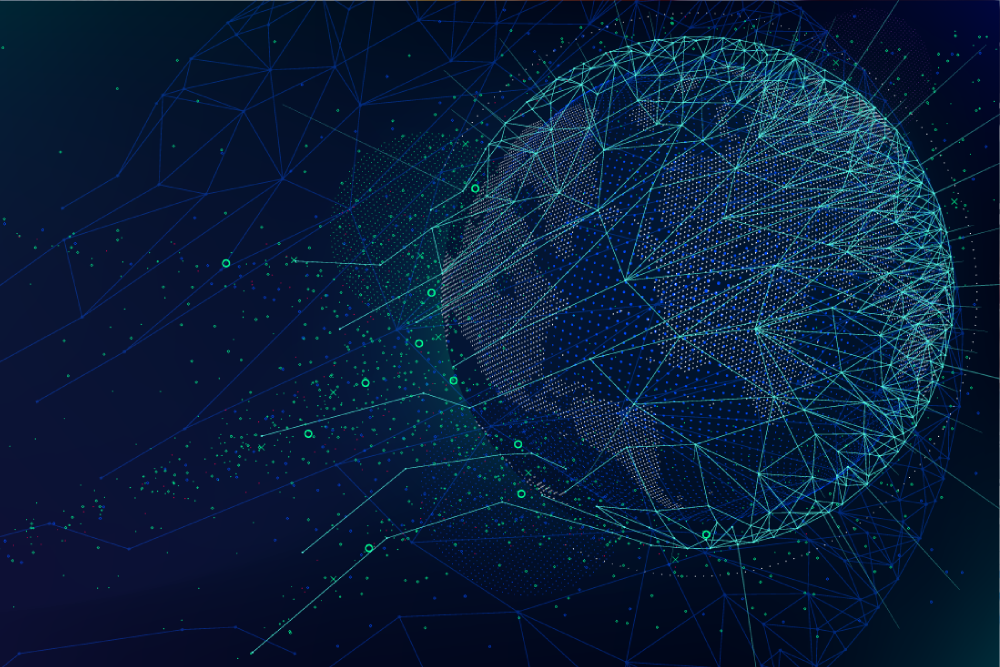 In today’s digital age, companies have more accessible data than ever before. Think of some of the world’s most successful companies like Apple, Microsoft, and Amazon. There are a number of things that contributed to the success of these tech giants, but I would argue that one had more impact than others: DATA.

Today, more so than ever given the current situation with COVID-19, the importance of quality data sets for decision making and strategic planning in more than just business can not be understated. More on data and COVID-19 later but first some general thoughts on how data is changing our lives.

In conversation with Madeleine Gray, our new Operations Coordinator here at Launch, we started to go down the rabbit hole on everything data. She came up with a few high-level observations about data that are relevant to today’s world.

Data comes in all shapes and sizes but simply put, data is a snippet of reality. Raw data is a recorded observation which can be assembled and parsed accordingly. The more data you have, the bigger the picture you can create. The more expansive the picture, the more patterns and insights you can discern.

Previously, data for businesses was something you could input into a spreadsheet and visualize in a chart if you wanted to get a little creative. But with so much information being collected every minute of our lives, the world has out scaled that. We’re talking about Big Data now.

Why is there so much data now?

According to Forbes, “there are 2.5 quintillion bytes of data created each day at our current pace, but that pace is only accelerating with the growth of the Internet of Things (IoT).” For those who are unfamiliar, IoT is a system of interrelated smart devices with unique identifiers and the ability to transfer data automatically over a network. IoT includes phones, fitness bands, smartwatches, tablets, virtual assistants like Amazon Alexa, cars, security systems, and more.

At the rate at which data and our ability to analyze it are growing, businesses of all sizes will be using some form of data analytics in the next few years. With how quickly the technological world moves, the organizations that are the fastest to adapt are the ones who thrive. Those who fail to adapt, get swept away. This means organizations must respond with the best decisions possible in the shortest time, while still being able to change course should the need arise.

In “From Data to Decisions” a guide by Bernard Marr of the CPA, Marr says that on top of being faster to adapt, “organizations that use data to inform their decisions are more likely to innovate. A data-driven understanding of your business and your customers will help you innovate and find the right customer offerings and business processes that will drive future success.”

With innovation at their core, data is especially critical to emerging transformative tech such as ML/AI, Blockchain, CyberSecurity, Spatial Computing (VR/AR), health tech, ag tech, etc. What all of these new techs have in common is that they are, by some nature, predictive. These industries must constantly adapt to people and surrounding environments. By analyzing data and building insights, companies have a better understanding of trends, which in turn allows businesses to adjust where they use their resources to take advantage of possible future events.

Madeleine added: “Tech is becoming an integral part of nearly every facet of our lives. Eventually, what we consider emerging tech will be the standard, and even non-tech industries will assimilate these technologies.” 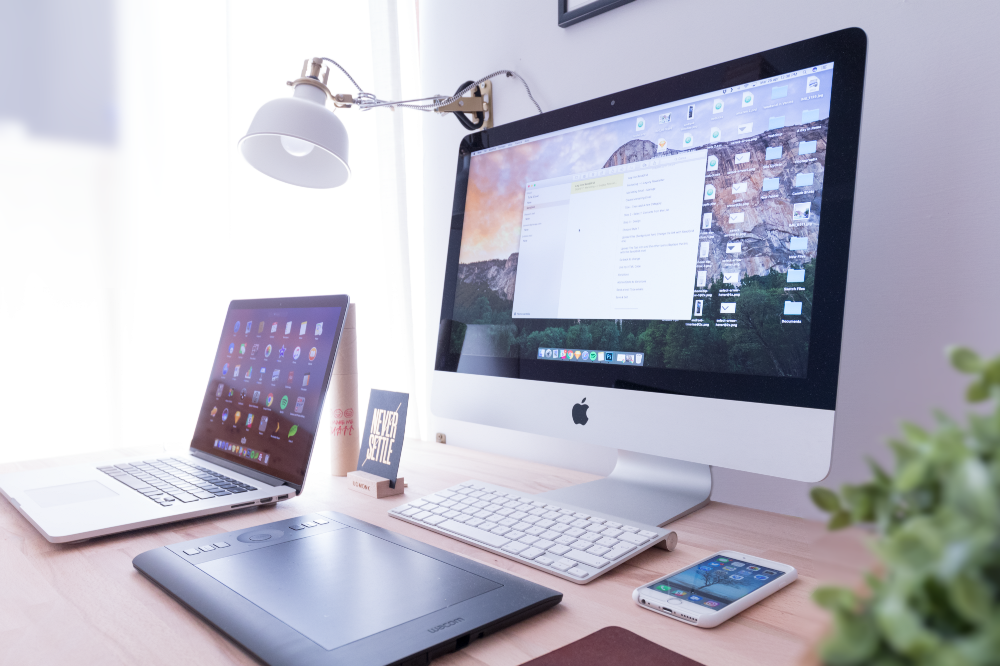 Photo by Domenico Loia on Unsplash

Now let’s consider the tech giants of the world again. According to Marr, even Apple, until relatively recently, was not considered much of a Big Data company, but has since converted to make data the center of their business. By using data gathered from all their devices connected to IoT, they are able to move away from “hugely expensive, episodic product releases” towards providing a more predictive, “constantly regenerating model of growth favoured by their competitors.”

Another hard reality of the evolving world we live in is what is happening right now around the world with COVID-19 and the need for accurate and robust data sets for proper decision making and strategic planning for society. One real-world example is what we have started to uncover through one of my companies, sportstech.io.

SportsTech is a fintech company that manages back-office data and business intelligence for sports teams, leagues, athletes, and agents. In light of COVID-19, the need for accurate data, in particular in Europe, on where teams have traveled and what other teams they have played and where those teams have traveled is essential information moving forward. Add in the need to monitor the same information for junior players, for example, called up to join the big club in emergency situations, and ensuring that your franchise players are not exposed to anything questionable. This doesn’t even take into account personal vacations and family visits. The dynamics of how business decisions are made in these scenarios are evolving in real-time and require new strategies and business processes on how data is collected, analyzed and ultimately visualized for decision-makers.

*UPDATE: a player on the Utah Jazz, an NBA team, has tested positive for COVID-19 and the league has suspended the season until further notice. The player’s teammates and staff for that team have been asked to self-quarantine along with teams that played against the Jazz in the last 10 days.

*UPDATE 2: the MLS and NHL have now suspended their seasons as well and an Italian soccer star on the Juventus team has also tested positive for COVID-19. 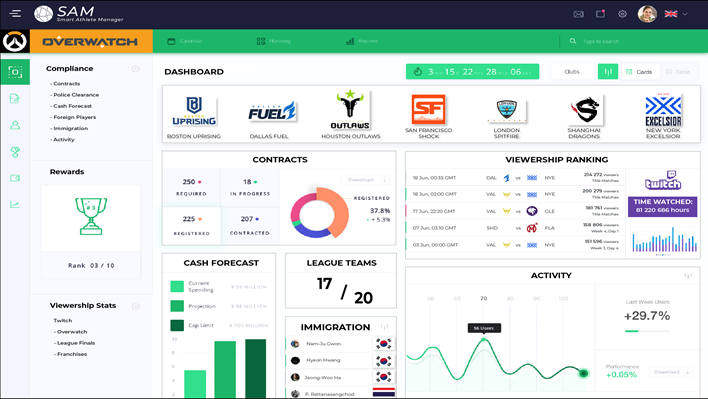 I’ve written previously about the concept of Adapt or Die, and this holds true now more so than ever even for the top dogs in both traditional industries and new emerging industries. The demand for data and transparency around the collection and use of that data is only going to increase and how we use that data for decision making and strategic planning in business and for society as a whole is going to be critical moving forward.

2020 will set the stage for the winners of the next decade: the companies and platforms that either own or have access to the most amount of usable and accurate data will be the most influential. I want to thank Madeleine for going down the data rabbit hole with me and look out for more posts from the Launch team in the future.